Six major scripts have developed over the course of more than three thousand years for writing Chinese characters, and all are still used in “artistic writing” (calligraphy) today. Each of these styles of writing—oracle bone, seal, clerical, cursive, running, and standard—has distinct differences in appearance.

Characters in seal script, for example, have symmetrical structures made with thin, even lines. Clerical script is recognized by its prominent down strokes, while running script more closely resembles informal handwriting.

Dating to the thirteenth century BC, the earliest examples of Chinese writing are found on bones, stones, and metal artifacts of ritual or historical importance. The early emphasis on beautifully-rendered even lines in writing created by knives or a stylus was supplanted by the growing importance of brush writing during the late Bronze Age and early Imperial Period. Experimentation with brushwork and gradations of ink progressed when paper became a popular writing medium during the second century AD. This allowed brush-written calligraphy to emerge as a fully independent art form.

Although the development of major scripts was virtually complete by the fourth century, the art of calligraphy continued to evolve over the millennia. Master calligraphers with years of training and dedicated practice were recognized for their personal styles, and later generations of artists often adapted brushstrokes and designs to their own style. Through writing, carving, and reproduction by rubbing, this stylistic evolution of scripts continues to enliven Chinese calligraphy to the present day. 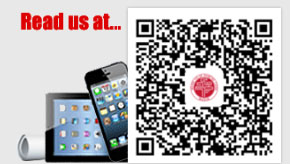